Dark Noise 2.6 comes to the App Store today with full support for iOS 15!

iOS 15 introduced a new widget size exclusive to iPad and Dark Noise 2.6 adds support for these new big sizes. Now you can fill your iPad with 16 wide button noises, or a whopping 32 square button noises in a single widget!

And of course these widgets support all of the themes and customizations you’ve come to expect from Dark Noise widgets. 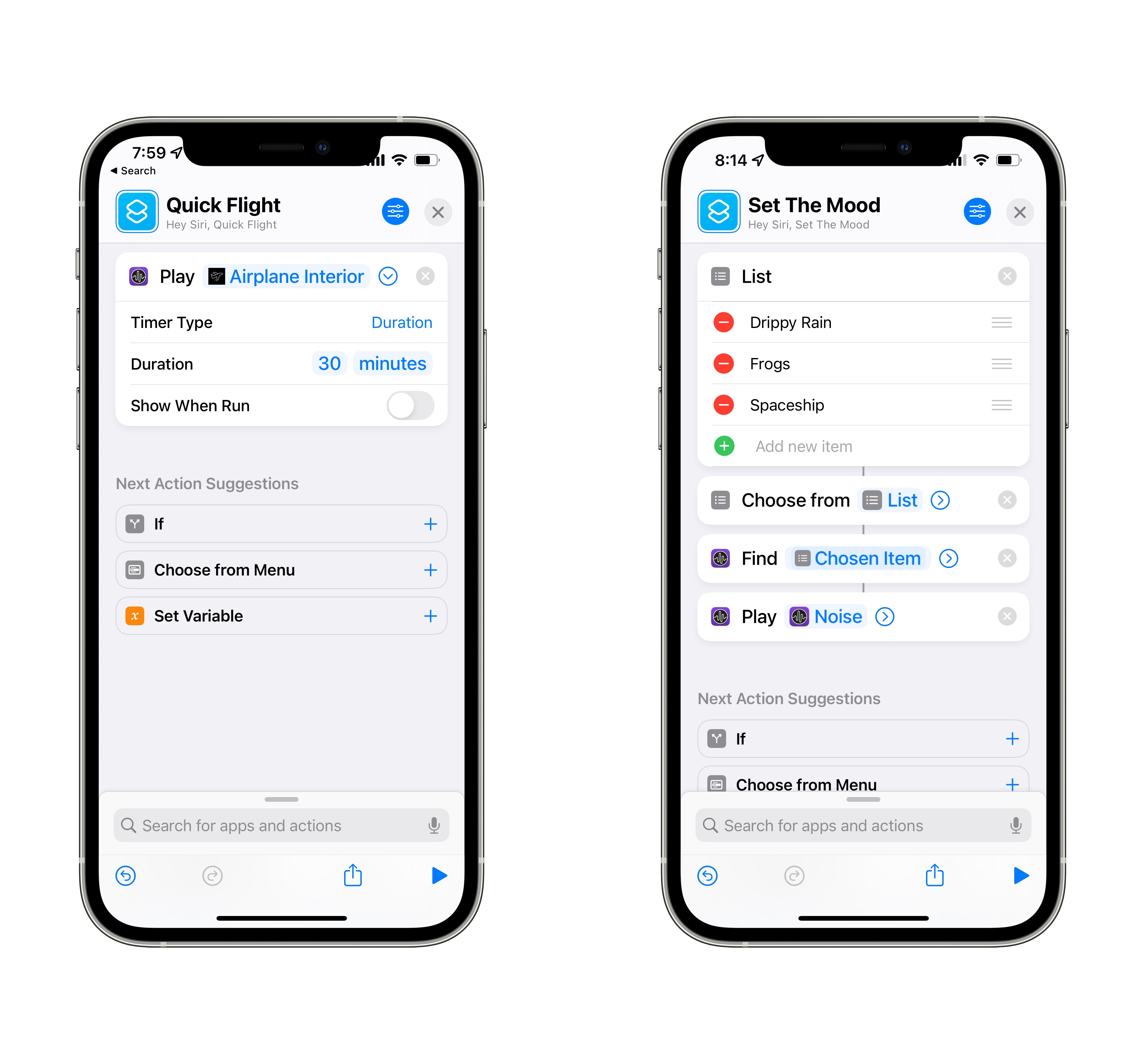 With iOS 15 things are dramatically simpler. New “Play [Noise]” Shortcuts actions can play noises in the background and have parameter options for customizations.

There is also a new Shortcut action called “Find [Noise]” for advanced Shortcuts users. This action accepts a string parameter, searches Dark Noise for a matching noise, and outputs a Noise object that the new “Play [Noise]” action will accept as an input.

This allows for more advanced automations where you want to dynamically pass in a string for which noise you would like to play. To be honest I’m not entirely sure what the main use case for this is, but I’ve recieved enough requests for it that I thought it was worth adding. I’d love to hear from anybody who uses it to see what they’ve built!

A new timer view using iOS 15’s new half sheet popover and some minor bug fixes round out the update. This year’s iOS beta cycle has been… busy to say the least (I moved into a new house!). Things are finally settling down and I’m getting back to work on Dark Noises next major feature!